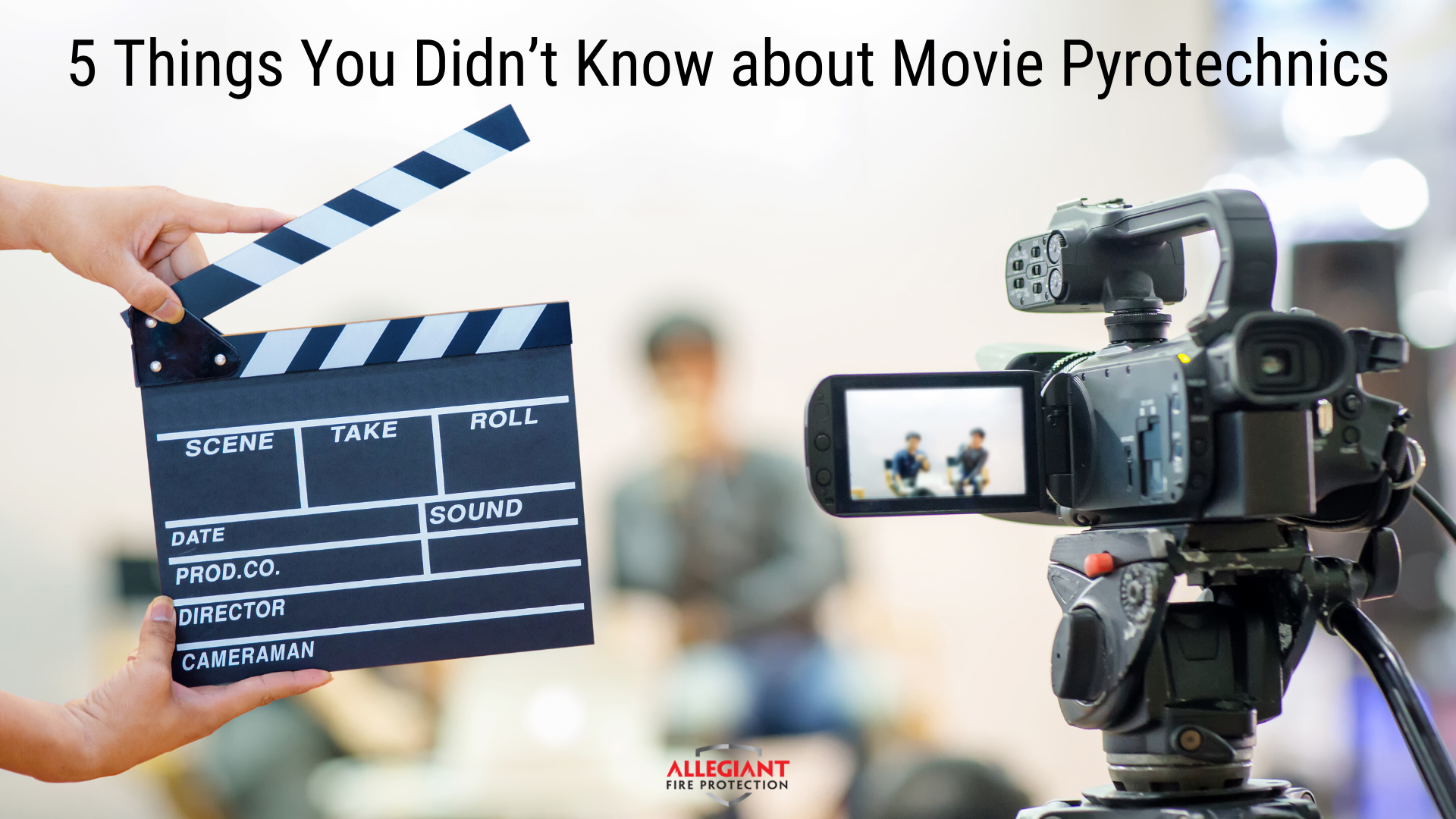 This year has been nothing short of unexpected so far, and movie streaming services have soared in monthly membership subscriptions. Film gives us all the chance to escape to another world or engage in someone else’s life. Action movies have remained as high as ever on our list of movie classics. From film pyrotechnics in older cinema like The Wizard of Oz to giant explosions in Mad Max: Fury Road, pyrotechnics in movies are here to stay for years to come.

Pyrotechnics have been a hot and trending special effects tool in the film industry since the 1900s. Any fire-related effect you see in the movies falls under pyrotechnics — including fireworks, combusting materials, fire explosions, flashes, and bomb explosions. Usually, successful pyrotechnic displays are so large and intense that you might ask yourself, “How do they do that?!” We can’t explain the exact science behind it (we’re not pyrotechnicians!), but we did compile 5 Hollywood explosion facts we bet you can use to impress your friends:

The work behind setting off explosions that end up on the big screen is much less haphazard than the explosions themselves. If a movie script calls for an explosion and the producer knows that an explosion will be created on-set, they are required to hire a pyrotechnician or someone who is trained and educated in the science of explosions and fire. In order for someone to be qualified as a pyrotechnician, they must complete specific secondary education and sub-specialized courses in addition to training certifications. They also must pass a specific exam and obtain a license, which must then be renewed every one to three years.

No tool is off-limits when creating an explosion

While most pyrotechnicians are well-versed in the science behind explosions and have the required chemicals on-hand to create them, the other non-chemical materials they use to show the effects of an explosion are less conventional. For example, some pyrotechnicians swear by using balloons to contain explosive material before it combusts because the explosion appears more seamless. Other surprising household materials commonly used by pyrotechnicians include Tupperware and children’s toys.

You might be surprised to hear that the massive truck or large home you saw burning in that movie probably wasn’t burned down in a full-scale fire on a movie set. Instead, to keep fires and explosions contained and safe, pyrotechnicians often create “miniatures,” which are small-scale replicas of whatever object needs to be torched. They set the miniature on fire, while the Director of Photography and Cameraman use special angles and lenses to film the burning miniature pyrotechnics in a way that makes it look full-sized.

Hollywood is trying to go greener with their fires

Up until a few years ago, fire and bomb explosions were created using an old-school recipe that included lots of chemicals that emitted smoke. This, of course, was as bad for human lungs on set as it was for the environment. In recent years, Hollywood has teamed up with an unlikely industry — the Army — to develop more environmentally friendly, cleaner-burning movie pyrotechnics.

CGI has replaced pyrotechnicians on some film sets

As incredibly advanced technology has permeated through Hollywood, post-production editing, and animation, the film industry has begun using CGI to fulfill some of its explosion-related needs. In many modern movies, some of the huge explosions or explosions that occur in space have been created through CGI technology, which stands for Computer-generated imagery. While it’s not as fun to think the explosion you’re watching on the big screen didn’t actually occur in real life, it’s a much safer and more environmentally-friendly way to create the optical illusion than a miniature pyrotechnic display.